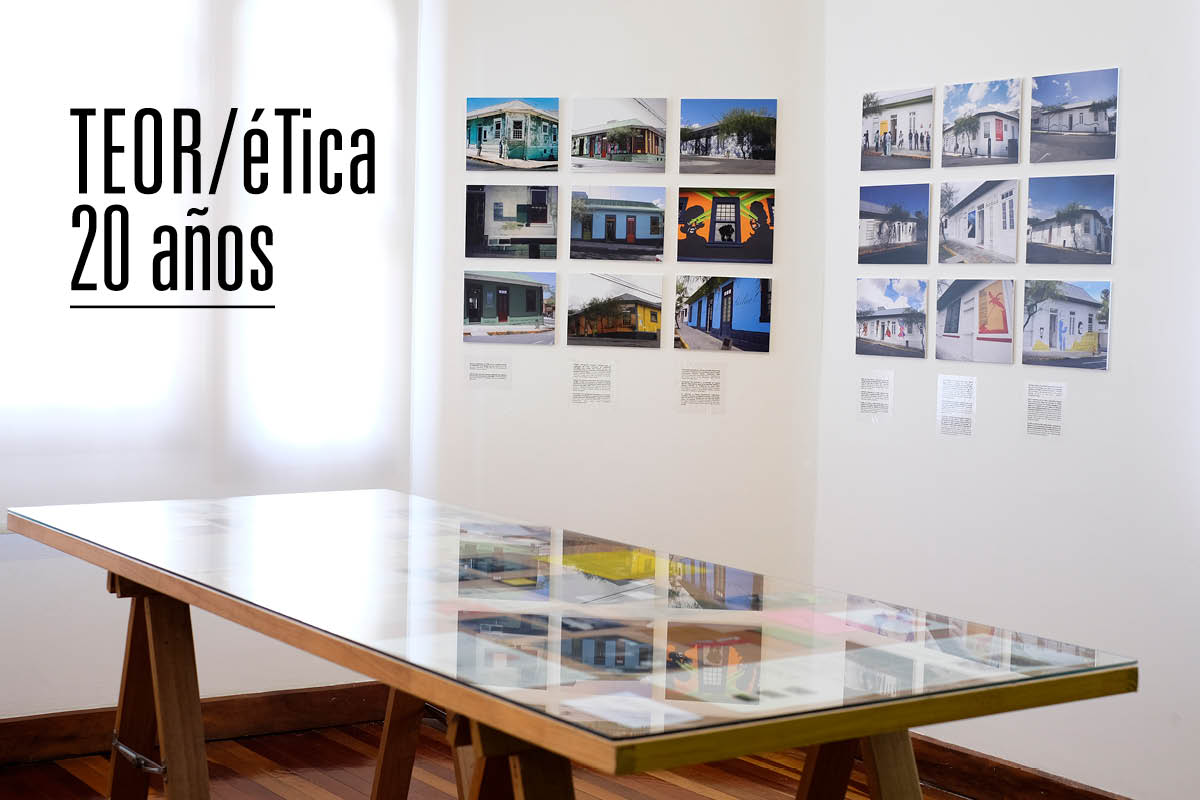 Since 1999, TEOR/éTica’s mission has been to promote research and dissemination of contemporary artistic practices, with an emphasis on Central America and the Caribbean. Over the years, TEOR/éTica has established itself as one of the most dynamic and proactive cultural projects in Latin America and is internationally recognized for its role in the development of the arts in Central America, and for fostering new ways of thinking and think critically.

TEOR/éTica 20 years proposes an approach to three dimensions of the life of the institution:

1) The visual history of TEOR / éTica through its different logos and a  selection of graphic pieces,

2) The affective history of the institution through a map of relationships in the process of construction, collaborations, complicities and close links that drove the work of TEOR / éTica from its inception;

3) The history of the exhibitions that has been one of the constant components of the work of TEOR / éTica, generating the production of knowledge and debate around the work of diverse local and international artists.

These three aspects outline the changes that the institution has undergone in these 20 years of deep transformations of the artistic and cultural landscape of Costa Rica, Central America and the world. They also highlight how this broad set of agents that has participated in the construction of TEOR/éTica has shaped and influenced the definition of their interests, ways of doing and institutional practices; generating the dynamic and questioning organization from where it operates today.