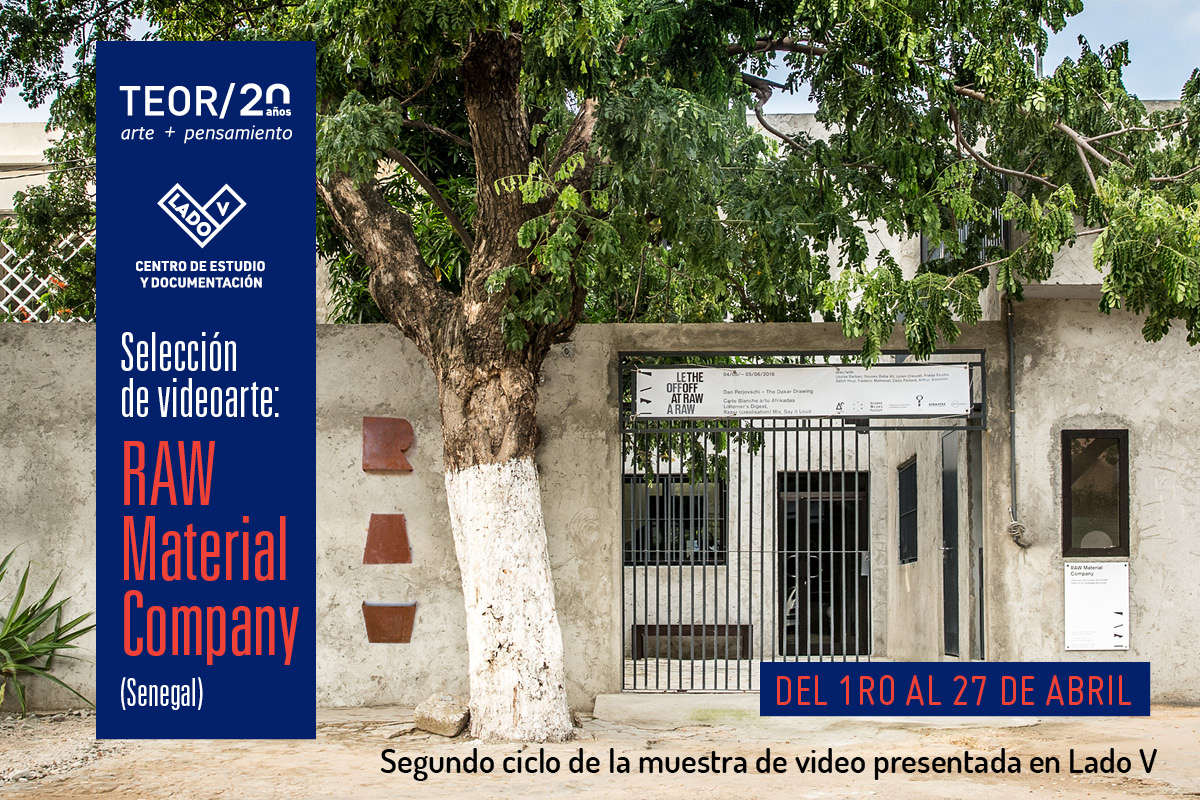 RAW Material Company was established with a pan-African vocation, however its home lays in Dakar, Senegal where – for the last 8 years – they’ve been committed to setting up a place for criticism and reflection around the city and what it has to offer.

Train Train Medina by visual artist Douts Ndoye gives a creative understanding of La Medina, a historical neigh- borhood that has a strong history in relation to colonization and the urban strategies of white supremacy. Douts Ndoye has succeeded in showing the real life of La Médina, exploring its density and how it became a place where both tradition and modernity are constantly present.

Filmmaker Ismaël Thiam with his short film Dakar Dakar expands the exploration of the city by looking at the day to day routine in the world of the Carapides – our emblematic public buses that now constitute moving monu- ments. On est malade (We are unwell) – developed by two young researchers and artists from Senegal and the United Kingdom – is a sonic and strategic proposal for reinforcing the social fabric of society. Their engagement with found objects in urban Dakar brings them closer to strangers and to their environment and begs the ques- tion; what social behavior is actually indicative of being unwell?

Djula Dance by artist and musician Ibaaku features a male and female dancer moving to distorted electronic sounds overlayed onto rhythms from the Djola ethnic group from Casamance in southern Senegal to which Ibaaku belongs. The song is a collaboration with Selly Raby Kane, a Dakar based fashion designer, and was used to soundtrack her fashion presentation titled Alien Cartoon. The video features outer space Afro-futuristic aes- thetics that compliment the otherworldly theme of Kane’s garments and Ibaaku’s blend of local and electronic sounds.

Continuing with a focus on musical experimentation, Algo-rhythm draws on the activist streak of the Senegalese hip hop scene and its different actors to give visual and sonic form to the evermore symbiotic relationship that exists between politics, everyday life and algorithmic technology.

RAW Material Company is a center for art, knowledge and society that works to foster appreciation of artistic and curatorial prac- tice. Since its inception in 2008, RAW has worked extensively to develop a range of programmes that inform society through different axes : contemporary art, circulation of knowledge, sense of a place, architecture and urbanism, writing, cuisine and the diaspora.