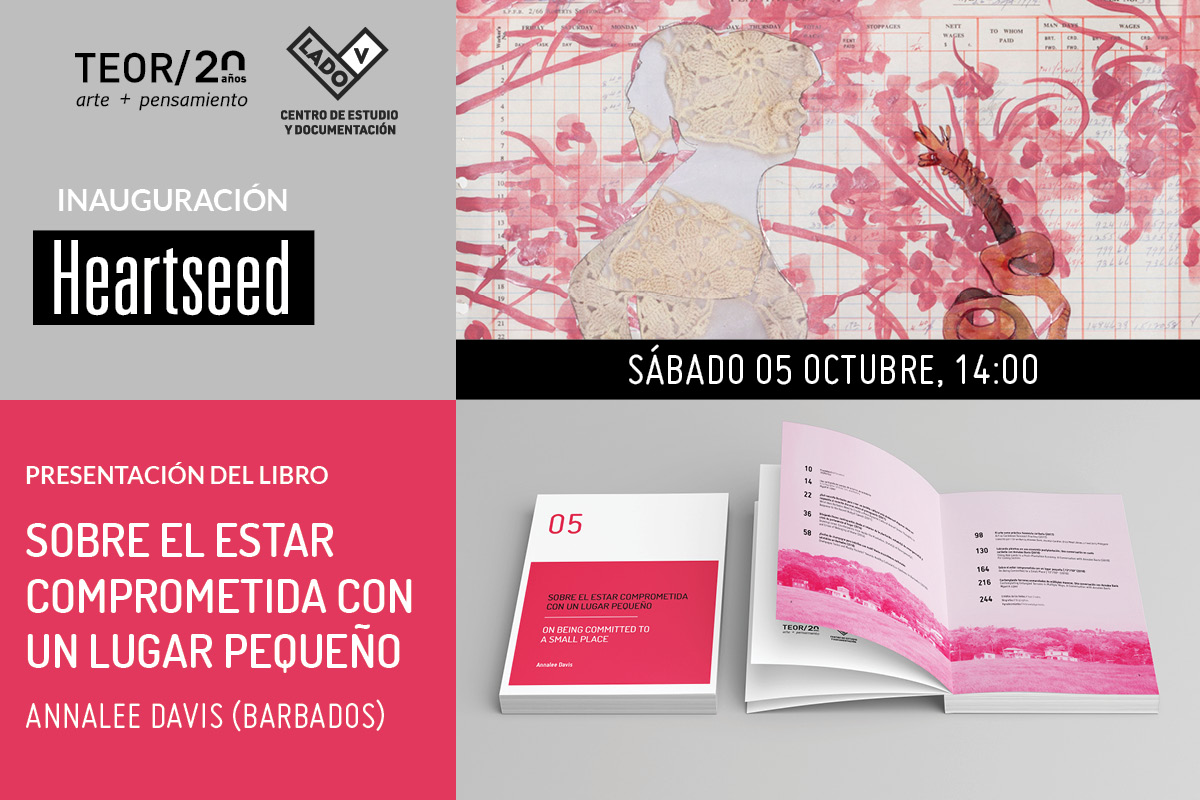 Annalee Davis: A Cartographer of Body, Soil, and History

Since the very start, Annalee Davis’s artistic practice was accompanied by writing and reflections on the cultural politics of the Caribbean. Her articles, talks, but also educational programs, exhibitions, and residence and publishing platforms, have allowed her contemporaries to be put in dialogue, emphasizing the ways in which global discourses are redefined by and from these geographies.

Some of her texts were recently collected and published in the book On Being Committed to a Small Place (TEOR/éTica, 2019), which is part of our series Local Writings. Critical Positions from Central America, the Caribbean, and their Diasporas. This exhibition of her recent drawings entitled “Heartseed”, along with the aforementioned publication, offer a unique introduction to her multiple and expansive work as a writer, artist, and cultural agitator.

Davis’s artistic practice has been profoundly influenced by the experience of living and working in Barbados, an island in the Caribbean that declared its independence from the United Kingdom in 1966. Davis reflects on the critical possibilities of art from within this post-colonial, post-independence context, which has led to her insistent exploration of the meaning of concepts such as economy, landscape, racialization, gender, tourism, national identity, plantation economies, amongst other notions that emerge in her practice again and again, bringing forth various perspectives.

The exercise of critically revisiting he own personal experience –her life in Barbados and the history of the land where her family lived– underscores the colonial pasts shared by a great number of Central American and Caribbean nations. This is a past scarred by military intervention, exploitation and extraction of resources by colonial metropolises, racialization and slavery, that laid the ground for the development of Western modernity and processes of primitive accumulation of capital and industrialization.

Davis describes this brilliantly, by evoking memories of slavery that are still resonant in the land where she lives and works, and where Fresh Milk, an independent space that she founded in 2011, now operates. “Located in a place that was once closed but is now open: a plantation that was once exclusive and is now inclusive; a place of trauma is now a place of nurturing,” the author notes, confident that it is possible to negotiate the past without obscuring the scars of historic violence and aggression.