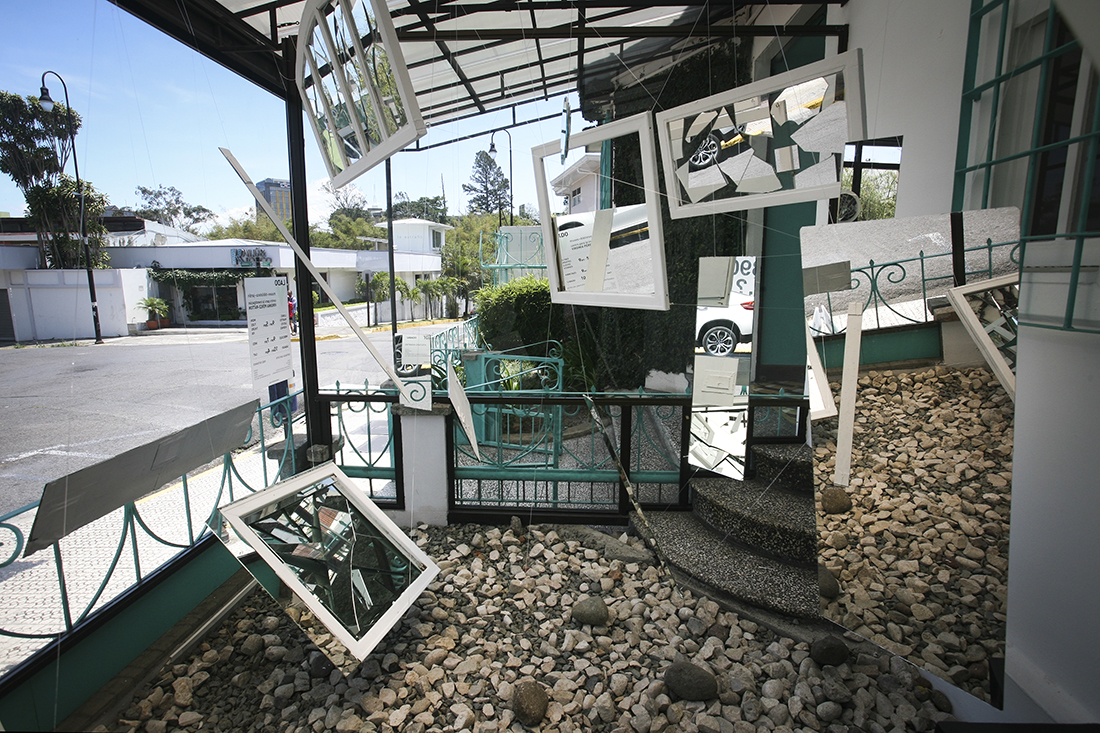 A project by Francesco Bracci for La Vitrina

This project seeks to attract new connotations from the concept showcase, not only as an exhibition space from the inside out, but that can work in both directions, so that images and actions that happen can move from one place to another. The reflection, projection and capturing of these elements allow us to move between two spaces (interior and exterior) immediately and simultaneously.

The project also aims to investigate the ability of mirrors to transform reality and distort the perception people have of a specific moment. The mirror becomes a vehicle through which the images present in a spacehave the ability to move, mutate, rotate and merge, so that in this way the observer can then reinterpret reality, as a set of overlapping images from different angles, not just from a unique and subjective viewpoint. This process opens a wide range of ways of perceiving the surrounding context. The observer not only observes, but that in turn is observed .

In 2006, following his participation in the Second Show of Emerging Artists of Central America by the Museum of Contemporary Art and Design (MADC), he makes his first public space intervention during the International Arts Festival (FIA) where he received an honorable mention.

He then begins a process of exploration of the physical and functional possibilities of several materials and their possible applications in architecture, furniture design, public space interventions and stage productions. This is how the Lab House (La Casa Laboratorio) is established, a space destined to receive material and waste product from different companies and industries. With the results of these processes he fabricates several models that are put to the test in different festivals of massive attendance, such as: International Arts Festival (2006,2008, 2010, 2014), FNA (2011), Valoarte (2006,2010, 2011, 2012), Summer Festival. Transitarte (2010), Urban Interventions in the Central Avenue (2013) and in front of the National Gymnasium (2012) in San José, Costa Rica.

In the year 2012 he was selected by Costa Rica as the winner in he Iberoamerican Biennale of Design in Madrid, España, in the category of space design and in 2013 he was chosen amongst the 20 top photographers in the Professions of the World Contest, by the French Alliance.