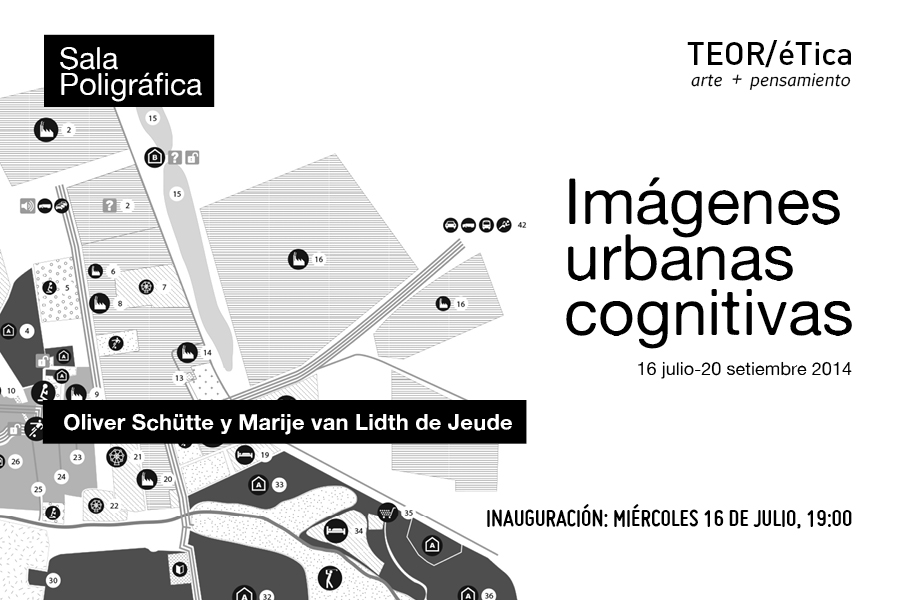 Shown alongside the exhibition In Between Concrete, this time the Polygraphic Room is dedicated to a project of graphic visualization of the ways in which we perceive the city and its urban modifications. The project was carried out by social anthropologist and commercial economist Marije van Lidth de Jeude and architect/urban planner Oliver Schütte, who investigated the issue of development and urban planning in Costa Rica, through interdisciplinary work and collaboration with several other professionals.

The general body of the material presented is the result of a series of urban anthropology workshops conducted with people of different ages, sectors and localities in the Great Metropolitan Area (GAM) of Costa Rica. These workshops were carried out to study the way in which the population uses and perceives urban space. The information obtained was then used to develop a process of urban planning that was interpreted graphically. By knowing the perceptions, attitudes and needs of the population, with regards to their surroundings, and integrating them into the urban design, the workshops aimed to promote a greater acceptance and appropriation of the Great Metropolitan Area, thus eliminating the feeling of apathy shown towards areas outside the private domain, an attitude that is overriding the contemporary city of Costa Rica and its historical centers.

This small exhibition gathers part of the material that was published in 2010 by the Costa Rican Office of the Latin American Faculty of Social Sciences (FLASCO), in a extensive book called GAM(ism) Culture and Urban Development in the Great Metropolitan Area of Costa Rica.

This project also emphasizes the urban changes in Barrio Amón, including a testimony narrated by the curator and cultural critic, Virginia Pérez-Ratton (1950-2010) and an essay by historian Florencia Quesada.

They have been working together since 2005 in the company and multi-disciplinary foundation A-01, integrally promoting sustainable urban and rural development. In 2014 they both curated Costa Rica’s first participation in the 14th Biennale of Architecture in Venice. The Costa Rican pavilion was named Ticollage City.