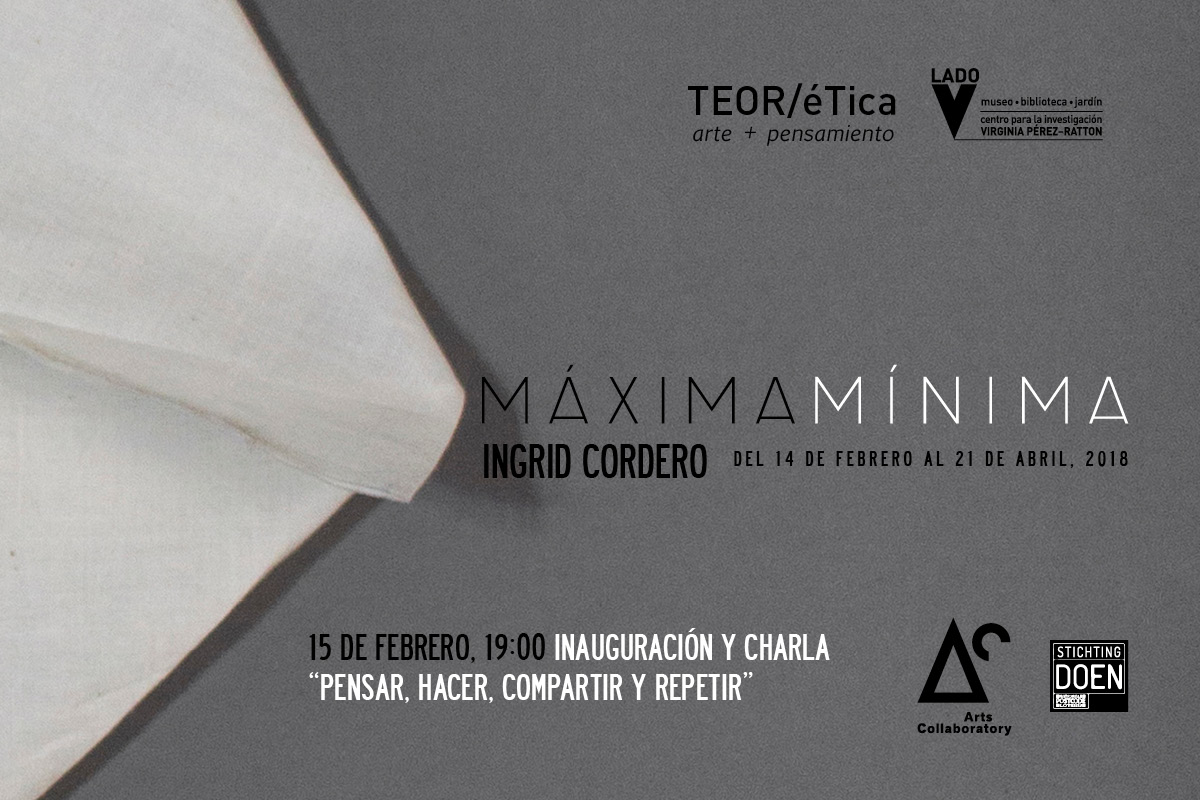 Máxima Mínima (Maximal Minimal) is an alternative system of production and consumption, built on a series of clothing designs, created from a zero waste patterning method. The proposal results both pedagogical and aesthetic, as utopic and practical, influenced by the ideas of sustainable design and participatory art. The project questions our almost automatic participation in mass consumption, the idea that design has to be patented and silently kept, and the great amount of contaminating waste generated by the textile industry and “fast fashion” trends. Maximum exploration of the forms with the minimum resources. Maximum mutuality with minimum hermeticism. Maximum empowerment, minimum consumption.

In the words of art historian Paula Kupfer, “With Máxima Mínima, Ingrid Cordero imagines a radically different future. Beyond the seeming simplicity of the project, there is an underlying wish to propose alternatives: to the mass consumption system in which we participate almost automatically, to the idea that design needs to be patented and ideas protected, and to the large amount of contaminating waste produced by the textile industries and the fast fashion trends.”

Cordero proposes an exhibition about design that above all has a pedagogical component. A series of possibilities are offered so the users and visitors can fabricate their own clothes, which allow us to reflect on the implications of clothing and its role in social life. The project also allows to question the traditional divisions between art and design, betting instead on the functional dimension of the aesthetic, and its possible impact on the preservation of the world.

The exhibition is accompanied by a talk called Think, make, share and repeat, on Thursday, February 15th, at 19:00h in TEOR/éTica. The purpose of this talk is to delve on the concept of Máxima Mínima, to share the process that led the artist to develop a system that defends open knowledge and participatory art, as well as question consumption habits and redefine the designer’s function in the present.

In the same way, from Monday, February 19th, to Wednesday the 21st, we will have the Máxima Mínima workshop, open to the general public. In it, some of the ideas of the exhibition and the zero waste method will be implemented and discussed. The workshop has limited spaces and the last day to apply is February 11th, 2018.

Ingrid Cordero is an artist, designer and activist in favor of open knowledge and participatory processes. Her work emerges from the functional and plastic exploration of textiles. She is the founder of Frau Lamb, a slow fashion clothing line that also promotes “do it yourself” principles and sewing as a tool for empowerment.