In praise of rupture 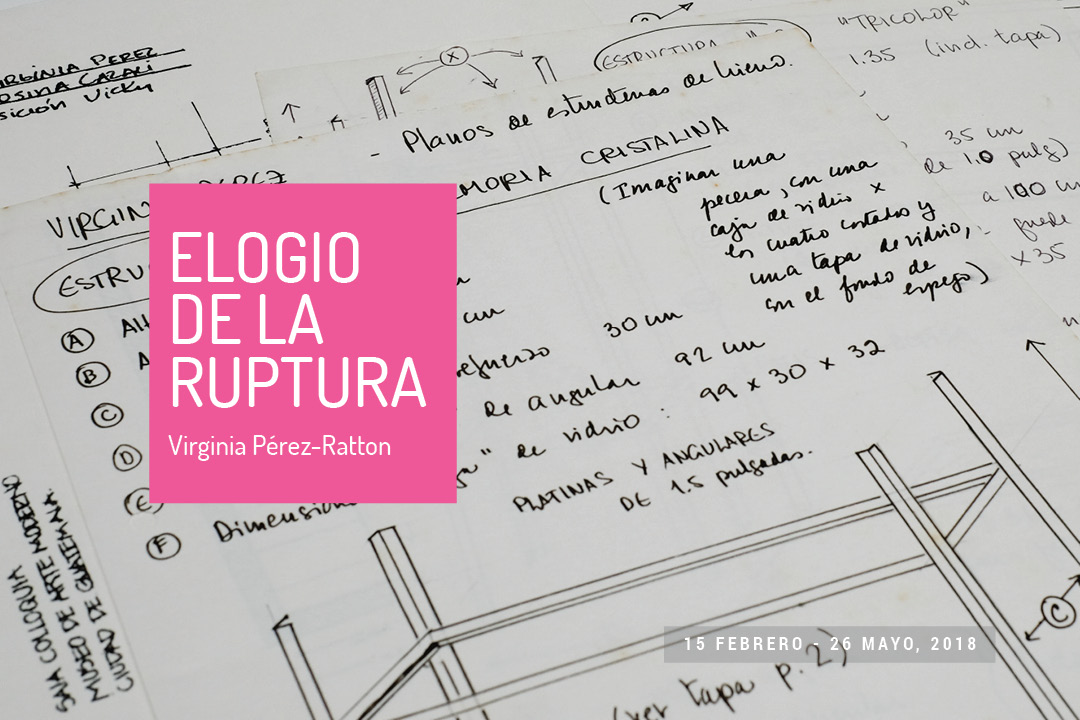 In praise of rupture

Rooms 01 and 02 – Lado V – Center for Study and Documentation

In praise of rupture is a revision of an exhibition from 1999 that planned to gather recent work by Virginia Pérez-Ratton. The exhibition was originally conceived by the group Colloquia, through curator and critic Rosina Cazali, for the Museum of Modern Art in Guatemala. It was to be presented in August of that year, but was never realized. Nonetheless, the process left along the way different written documents, blueprints and conceptual sketches, that have now been recovered from TEOR/éTica’s archive. They allow an assessment of the complexity of this production, as well as the agents involved, the critical process behind the chosen works and part of the considerations that the exhibition wanted to propose. The exhibition also shows how Virginia Pérez-Ratton’s artistic work converged with her work as an agent and director of institutional spaces.

Through a cross referenced curatorship as a starting point, by using archival documents, works from the Virginia Pérez-Ratton Collection, and audiovisual and bibliographical material found in Lado V, the aim is to re-read the exhibition as it was planned at the time. The purpose is to observe how fragmentations and ruptures of the works interact in the present with other documentation media that complete some of the voids, while also suggesting a look at the artistic work from the horizon of history and curatorial experimentation.

Artist, curator and cultural agent, she was the founder and director of the independent non-profit project TEOR/éTica (located in San José) from 1999-2010. She dedicated great part of her life to researching, supporting and diffusing contemporary artistic practices from Central America and the Caribbean. BA in French Literature by the University of Costa Rica (1979), she worked for nine years as a teacher in the Faculty of Letters of the School of Modern Languages. At the beginning of the eighties, she stopped teaching to dedicate herself to her own formation and artistic practice, participating in several exhibitions in Latin America, Europe and Asia.

In 1994, the same year she was awarded the prize of the Cervecería de Costa Rica Sculpture Biennial, she accepts the direction of the recently founded Museum of Contemporary Art and Design (MADC in spanish). From there, she begins a tireless curatorial and cultural action labor. From MADC, Virginia organized sixty exhibitions, both within Costa Rica, and outside of it. In 2009, Costa Rica’s Ministry of Culture recognized her with the Magon Prize in acknowledgement of her labor curator and contemporary art promoter of art from Costa Rica, as well as from Central America and the Caribbean.