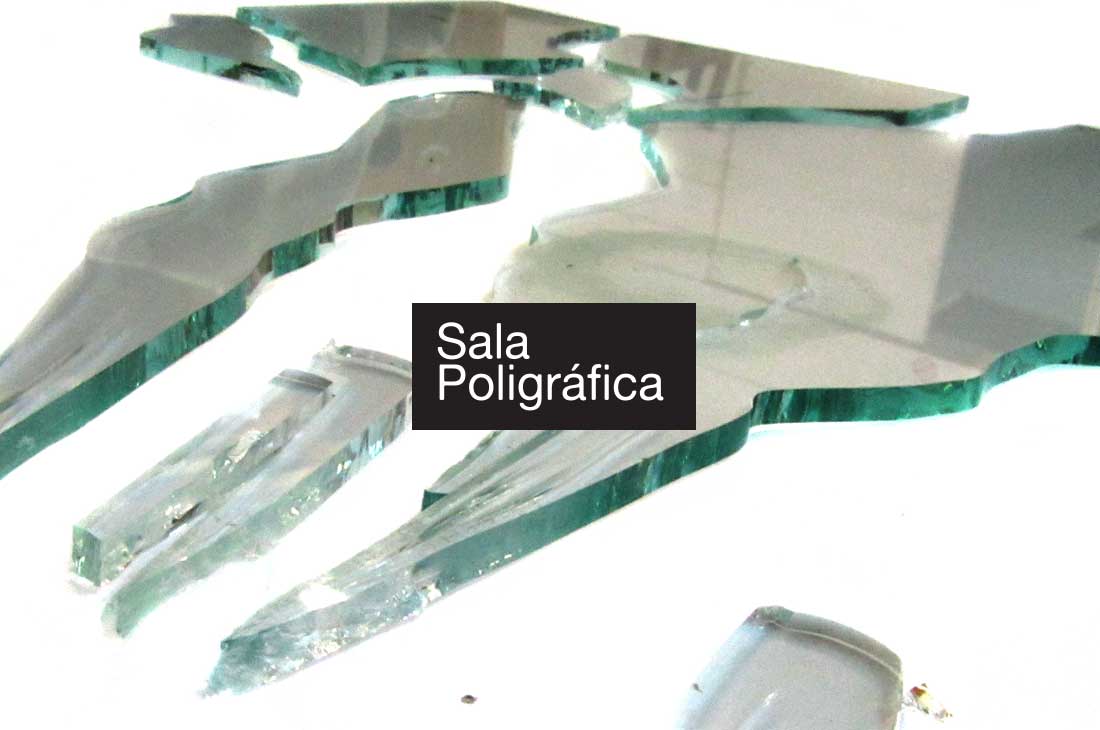 The investigation that gave way to Wilson Ilama’s proposal arises from the study and analysis of light’s role in the pictorial artistic production of different eras. In each artistic movement delineated by the history of western art, light has had a specific function in the two-dimensional support on which the artist works.

At one point, there was an interest to see pictorial representation of time through the effect light exerts on objects at different times of day. At another, it had the function of revealing the minimum within a scene, or of shaping the represented images of the time in a technically subtle away, in accordance with the artist’s intention.

Creators have utilized light with a special interest in its properties. Many painting’s motifs, especially in Byzantine art, or in the allegories that represented deities or divine figures with halos, light was applied to the support, giving a pictorial materiality to the image in itself without affecting the illumination or volume of the figure or scene depicted.

Taking into consideration the autonomy acquired by light in the moment it becomes a determined shape as an element in a two-dimensional surface, Ilama conceived light’s properties as a physical phenomenon. From an experimental approach, Ilama explores the manifestations that light can provoke on different materials. The artist is interested in knowing the impact that light can have on glass. This causes physical effects that manifest themselves in different manners.

In Ilama’s words: “In this case, the investigation proposes a light generator as the tool, the turpentine as the medium (reactive with the support), and glass as a support (because of its reaction with the medium… The experimental and technical processes are deeply bound, from its theoretical beginning to its final result on paper. Different elements of traditional pictorial production are taken into account – the person who executes the action, the tool utilized the medium with which it interacts and the support that receives the execution of this process – and translated to this experimentation with light and different media.”

The artist captures on film the moment the random reaction occurs on the glass. He then registers the result with ink and finally generates new elements through his own compositional and formal interventions.

Through the interlacement and consequently the mutual influence between the elements that compose the complete project, light/matter/form generates new information. The result of the interaction between all its elements is precisely what is conducive to the rise of qualities that cannot be explained through the properties of each of the individual elements. Beyond the isolated properties, the random relations between the reactions of the components are what appear to be more significant.