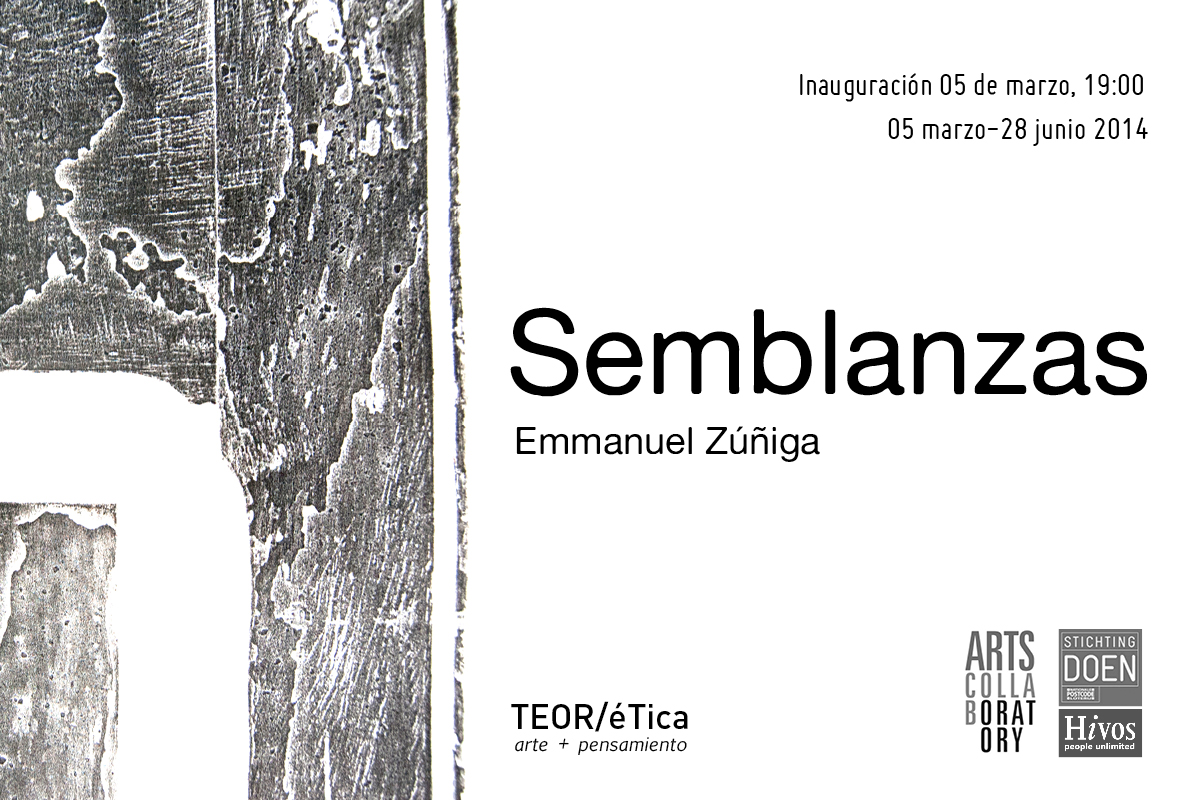 Ways in which objects inscribe their memories.

Emmanuel Zúñiga’s proposal is born from an intimate exploration of his personal memory, which is made through the impressions left by the objects that have surrounded him since his childhood.  Mundane and recognizable images such as doors and windows, are presented next to more abstract impressions of the surfaces of objects that embody his family’s memory. The work desk of his grandfather, then inherited and used by his father, is one of these objects whose surface has been wood-engraved by the artist, perhaps as an unconscious question of the interstices of his past.

In his own analysis about the relationship between memory and object, the artist has described “the objects are bodies that narrate personal experiences of that surface that is inhabited, and which have been the footprint of time in its skin. This makes them an involuntary mirror of time, for instance, they have a surface that serves as the registration of experiences, not as a biography written verbatim”.

With the intent to sharpen the way the objects register his memoirs, Zúñiga made enlargements of a number of similar photographs taken in the seventies by members of his family, where a sinister character emerges before the representation of certain objects that appear in the frame. The photographs, which the artist has appropriated, possess an unconscious poetry, which is emphasized through slight modifications. The images on display, just like the impressions of objects appear as introspective interrogations of self-referential symbolism, but at the same time recognizable in the exploration of personal memory of each.

Emmanuel Zuñiga (Costa Rica, 1991) Artist. Plastic Arts students with an emphasis in Print and Pictoric Design, at the University of Costa Rica.