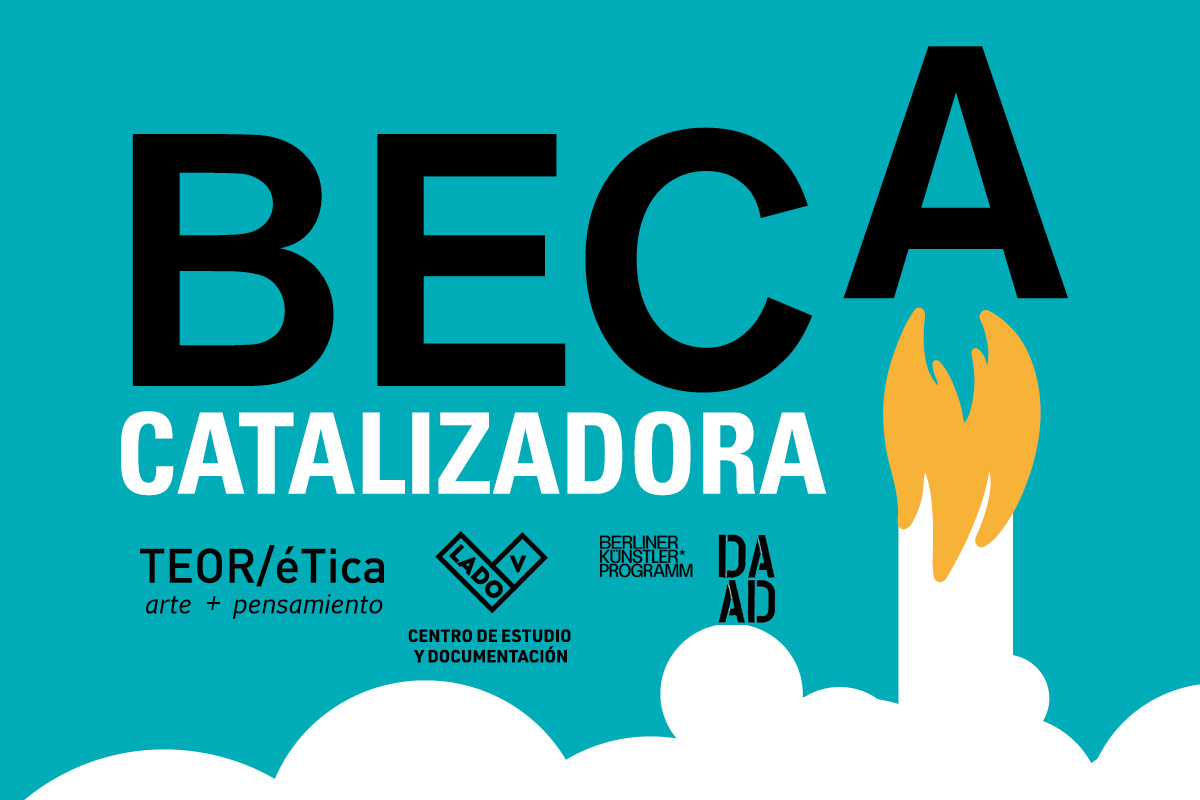 Since 2014, TEOR/éTica has awarded the “Catalyst Grant.” The objective of this grant is to support artistic organizations and collectives that have an important role in the transformation of the Central American and Caribbean cultural landscape, both on a local and international level. To contribute to the sustainability of smaller scale, non formal or non institutionalized initiatives is a way of building an artistic community capable of attending needs in a quicker, more coherent and experimental manner.

This 2020, marked by the COVID-19 pandemic and an economic crisis that has affected the global landscape, we turned this program into an open call. Thanks to the generous support of DAAD Artists-in-Berlin Program with funds from the Federal Foreign Office (AA) we will continue our support for independent spaces and artistic organizations in Central America and the Caribbean that have been dramatically affected by the current crisis. This support can be used to continue the work they are doing, to expand their reach, to generate printed material that documents their work, and to implement new dynamics, amongst other things.

For this first open call of the Catalyst Grant we received 71 applications from ten countries, making evident the vitality of the artistic practices in this region and the need for this type of support. The final decision was particularly difficult due to the strength and pertinence of most of the applications. Taking this into account, the jury made the decision to support four projects instead of three, invoking the sense of solidarity of our artistic community during these times of crisis. The total amount will be divided between these four projects, which amounts to US$3300 (three thousand three hundred US dollars) for each.

The four selected organizations are:

La Maricada (Tegucigalpa, Honduras) for the continuity of a collective work created by and for people of diversity and sex-gender dissidence. This support will allow them to strengthen and continue their dynamics of artistic creation and activism in the form of discussions, exchanges and collective actions that aim to diversify knowledge from a counter-academic, anti-patriarchal and anti-capitalist perspective. The project seeks to foment artistic creation as an alternative life in the face of discrimination and sistemic violence.

espacio C / arte + memoria (Chichicastenango, Guatemala), for work dedicated to the preservation of indigenouse historic memory, mainly Maya K’iche. This support will allow them to promote an editorial line to document and disseminate knowledge derived from local aesthetic creations, many of which have been regarded with condescendence and prejudice by traditional western art discourses. The topics present in their projects are territorial autonomy, Maya K’iche ancestral wisdom, gender identity, food sovereignty, extractivism, amongst others.

Lecturas cuir RD / Catinga Ediciones (Santo Domingo, República Dominicana), for a work dedicated to promote images and writing that confronts the heteronormative and colonial cultural tradition. The project is a hybrid between public event and editorial work that promotes the production of black and/or Afro-descendant people from the LGBTQI+ community, as well as public debates from urgent transversal preoccupations, such as the affections of trans bodies, migration as sexual exile, and HIV. Their proposal aims to reclaim a “we are here” statement from those bodies in resistance.

Club del Bordado (San José, Costa Rica), for a constant work of community building through embroidery. This project proposes a meeting space of feminist dialogue and reflections from the textile crafts. This support will allow them to build a platform to disseminate educational creative resources, but also for sustainability (such as legal and economic tools, amongst others). Their objective is to help women to not only express themselves, but also generate income for them and their families, strengthening the community of manual embroidery and reclaiming its cultural and political value.

The jury was composed of Yina Jiménez Suriel (architect, researcher and curator at the Centro León, Dominican Republic), Maya Juracán (curator and activist, Guatemala), and TEOR/éTica’s Artistic Collective Direction (Miguel A. López, M. Paola Malavasi, Daniela Morales and Paula Piedra). The deliberation process was carried out in a virtual manner on the 27th of October, 2020.