Superheroes and their urban fictions 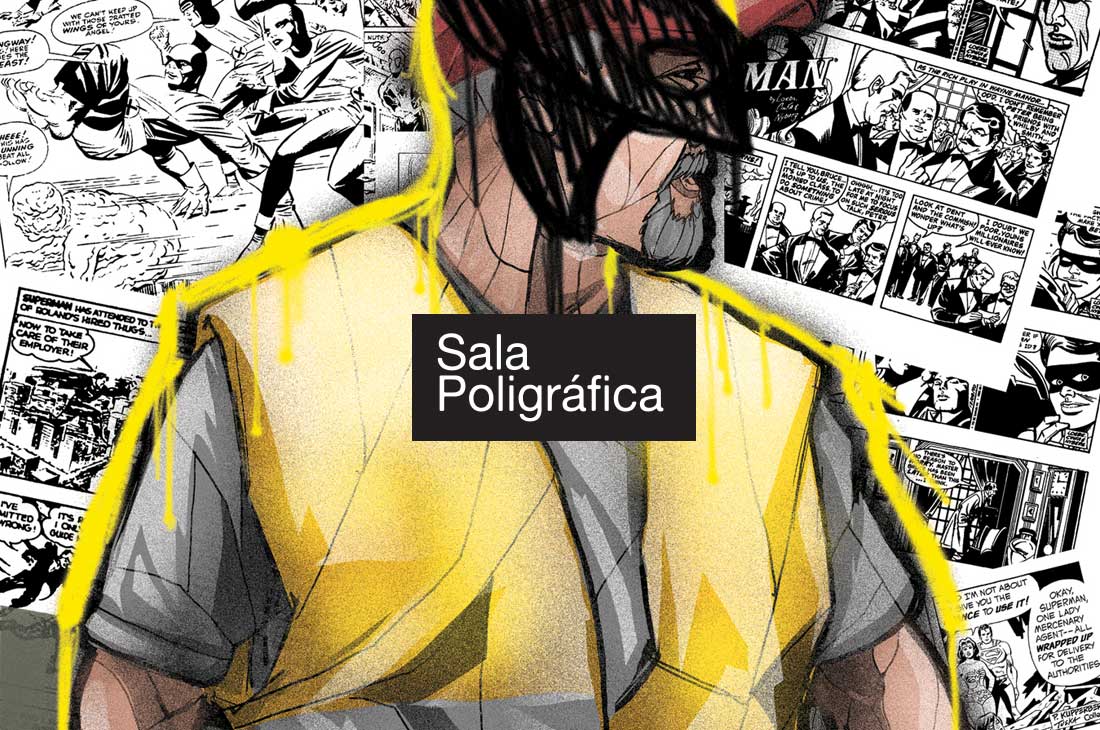 Superheroes and their urban fictions.

Neither the superheroes nor the antiheroes, or even the guachimanes are part of the state police force. However, they impact society and have an influence over the citizen, without there being any control over them. But, who are these –real and fictitious- characters who strive to have authority to safeguard security and repress the “evil” against ordinary people who live and travel in the cities?

In that sense, artist Carlos Llobet Montealegre starts with a question used in several scenarios to ask about who are those who wield power over public and private property. Who watches over the watchers? Is his starting point to propose a satirical analogy between the comics superheroes, the antiheroes and the guachimanes in Costa Rica.

Using stencil and spray paint intervened serigraphs, Llobet makes a series based on the appropriation of cover pages from the golden age of comics, and substitutes the iconic elements with new fantastic “anonymous heroes”

The superheroes are fictional characters. They are an archetype that embodies the collective aspirations. Therefore, they are set in an emblematic representation that makes them easily recognizable. Most of them have super-powers that are used to selflessly defend the helpless.

The guachiman – term derived from the English word watchmen -, refers to those people in charge of watching over and taking care of goods or people, mainly parked cars in the streets. Guachimanes are real people who appropriate the public space and profit off of it with the excuse of watching over cars. They do so with no regulation from the State or consent from the citizen.

Same as with superheroes, the guachimanes have a secret identity that allows them to perform their “heroic” actions as incognitos without revealing their real condition.

Generally, superheroes hide behind flashy tight costumes that change according to the occasion. The aesthetic of the guachimanes is different. They unfold a generic costume composed of a vest with fluorescent stripes, a cap and sometimes a baton. Under this costume, the guachimanes hide their personal history, which remains unknown to most people. While in comics there is a Clark Kent to Superman or a Peter Parker to Spiderman, in real life there is no knowledge of a Luis to papillo or a Jaime to machillo.

Qualities like craftiness, observation and speed are attributes that complement the super-powers that the superheroes use to fight against crime and safeguard the well being of the citizens. In a similar manner, the guachimanes display a highly developed sense of observation and run at extraordinary high speeds to collect their reward. They also disappear as quickly when something goes wrong.

The stories of the superheroes and the antiheroes are re-interpreted continuously so that they can adapt to social change. The proliferation of the guachimanes is linked to the political and urban transformations and to the idea of public safety. These changes reflect a turn in the perception of the role of the superheroes, and of those characters who move in the gray zone of anonymity like the antiheroes or the guachimanes. However, the latter have a constant presence that allows them to exert increasing control over public spaces in the cities of Costa Rica.

Carlos Llobet Montealegre is a graduate of the Engraving School of the Faculty of Fine Arts of the University of Costa Rica. In addition to his personal engraving techniques, he is interested in exploring alternatives to multiple copies and focusing in making unique works based on the multiplicity of engraving. He is also an illustrator and painter, particularly interested in street art.