Where is the house of Osama bin Laden? 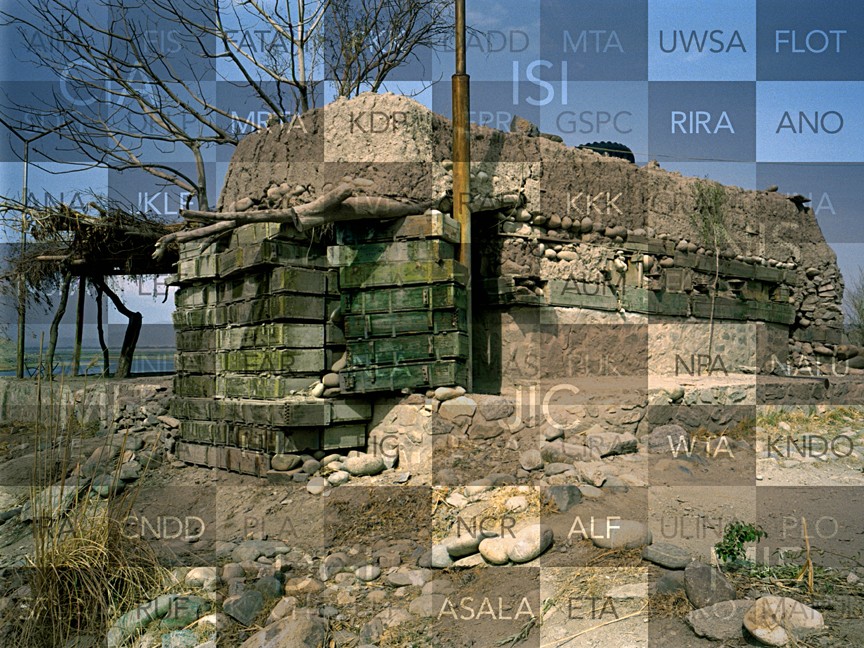 Where is the house of Osama bin Laden?

The Imperial War Museum, established almost a century ago in London, collects, catalogues and exhibits historical artefacts, equipment, weapons, and diverse documentation relating to conflicts in which the United Kingdom has been implicated since the beginning of the 20 Century.  In addition, it possesses the largest collection of British painting of the 20th Century after the Tate. The collection comprises the work of “official war artists” as well as  works made individually by serving soldiers or by independent artists whose work relates to any of the conflicts. It is evident that a fair amount of this work is a more or less uncritical reflection of Nation and Empire. However, there have regularly been occasions where a more critical and painful vision prevails, such as that of the painters Nash or Nevinson who were both soldiers in the trenches during the first World War.  In recent times, the IWM has commissioned a series of artists to realize artworks as a personal response to the participation of the UK in a war scenario.  Ben Langlands and Nikki Bell are the first conceptual artists to be selected by the Art Commissions Committee of the Museum.  For this purpose, they travelled to Afghanistan in October 2002, with the mission of documenting and researching the Afghan post war scenario and the aftermath of 9/11.  The result of this visit is a multimedia installation with the suggestive title “The House of Osama bin Laden”.

These artists, who have worked together since the end of the 70´s, have dedicated most of their research to the relations between architecture, space and communication, and have explored the way in which architecture or certain strategic structures evidence, or come to symbolise, power relations among people. Their work includes maquettes of strategic buildings, actual architectural projects, and a series of furniture pieces that seek to reconfigure and restate communication. It is evident that the architecture of certain buildings, corporate or official, can carry a heavy symbolic load, and in this sense, the attack on the Twin Towers was obviously a calculated choice on the part of Al Quaida.  The consequences of the attack, and of the war in Afghanistan, are the backdrop to this exhibition.

Other projects by Langlands & Bell have been oriented towards social sculptures in the public space, for example, the project of the bridge over Paddington Basin, a canal through a formerly degraded London area which is recently turning into a residential interest zone.  A steel and glass bridge, light and transparent, delicately crosses the canal, bordered by newly built or restored apartment and office buildings. The sculpture Opening/Capture, is an impeccable s-shaped bench, in which the visitor can choose to sit inside or out, and so chat with his neighbour, or gaze alone into the distance.

Since 1999 L&B have produced a series of neon pieces, and the proposal Frozen Sky, for installation at Canary Wharf: a kind of large clock with a cadran composed of the acronyms of dozens of airports (JFK, CDG, MIA, LHR, ICN…) – a metaphor of mobility and superimposed time that characterizes the world of today, not only of art, but of any human activity. Recently codes that identify countries in the world wide web have also been used by Langlands & Bell in computer animations and in the wall painting domain 2005, as well as the maps or traces of global air routes.

During their trip to Afghanistan, the artists explored Kabul and its surroundings before travelling to other more distant areas, such as Bamiyan the location of the giant Buddhas destroyed by the Taliban, and a house at Daruntah in Eastern Afghanistan where Osama bin Laden lived during the late 1990´s. At the Supreme Court in Kabul they attended the first capital trial celebrated since the fall of the Taliban: a warrior in the service of warlord Zardad was judged on homicide charges.  Known as “Zardad’s Dog”, due to his cruelness in attacking his victims and biting them, the accused appears in his prayer hat, vest and tunic, handcuffed and with leg irons, listening to the prosecutor after the “mullah” has recited the initial prayer to open the trial and bless the courtroom. Subsequently the accused proceeds to his own defence, and replies to the witnesses, before the judge finally condemns him to death. The video is composed entirely of footage shot by the artists during the trial and is an invaluable testimony of a historical moment, but also a tableau de moeurs, in which the attitudes and physical positions of judges and public, their clothing and attire, transport the spectator to times immemorial. It is a paradoxical scenario in which judicial processes rooted in systems that are completely alien to us and go back into a particular history, contrast with the presence of heavily armed military clad in contemporary camouflage.  The video shows the temporal superposition in an impressive way.  It is interesting to point out at this time that Commander Zardad was recently discovered in person in south London running a pizza restaurant. He was arrested and brought to trial at the Old Bailey (The English High Court) in June 2005, whereupon he was found guilty on charges of hostage taking and torture and sentenced to 20 years in prison.

Another aspect that called the attention of the artists while they were in Afghanistan was the presence of over two hundred NGO´s – local and international non-governmental organisations and United Nations agencies.  Using images taken of the omnipresent signs in the streets of Kabul and on rural roads, the artists project a series of slides accompanied by an animation based on the acronyms of these innumerable organisations. On the roofs of TEOR/éTica, three flags fly, created from the acronyms of the same agencies whose role is so increasingly ambiguous in relation to natural disasters and post-war reconstructions – a familiar vision in Central America since the signing of the peace agreements in Nicaragua, El Salvador and Guatemala.

The central work in the exhibition is an interactive digital model presented as a computer projection, of what was during the mid 1990´s, the home of Osama bin Laden in the area of Daruntah. When bin Laden arrived in Afghanistan from the Sudan in May 1996 he based himself and set up a training camp for Jihadis at this site which the artists photographed and measured in great detail. Paradoxically the very absence of bin Laden becomes a kind of proof of his presence, elusive, yet due to his pervasive myth, very real. The bare emptiness of the various spaces successfully evokes the ominous character of the semi virtual figure who continually evades capture.  The spectator navigates the model by means of a joystick and circulates through the rooms of the house (I have a house with many rooms…), before proceeding to discover a bunker built with left over ammunition boxes (in Afghanistan everything is re-used), and finally venturing out over the barren terrain around the house who’s hill top position overlooking a lake is eerily quiet.

Although The House of Osama bin Laden employs new technologies in it’s realisation it is clearly inscribed in the same line of work that has characterised these artists over the last 20 years. A line of work which has focused with analytical and aesthetic clarity on floor plans and building types whose strategic aspect or embodiment of power relations have a powerful incidence on human behaviour.

Constructed as a sinister, omnipresent, but elusive figure in the worlds media, bin Laden constitutes an element of hidden almost ethereal power who keeps the global powers on a string. Due to the notoriety of the character who once inhabited it, the building that was his house until the end of 1997 acquires a particular dimension in the mind of the visitor. As the spectator navigates the haunted spaces it is almost as if, since 9/11, the whole world has turned into the house of Osama bin Laden.