When they explode, lights sublimate us 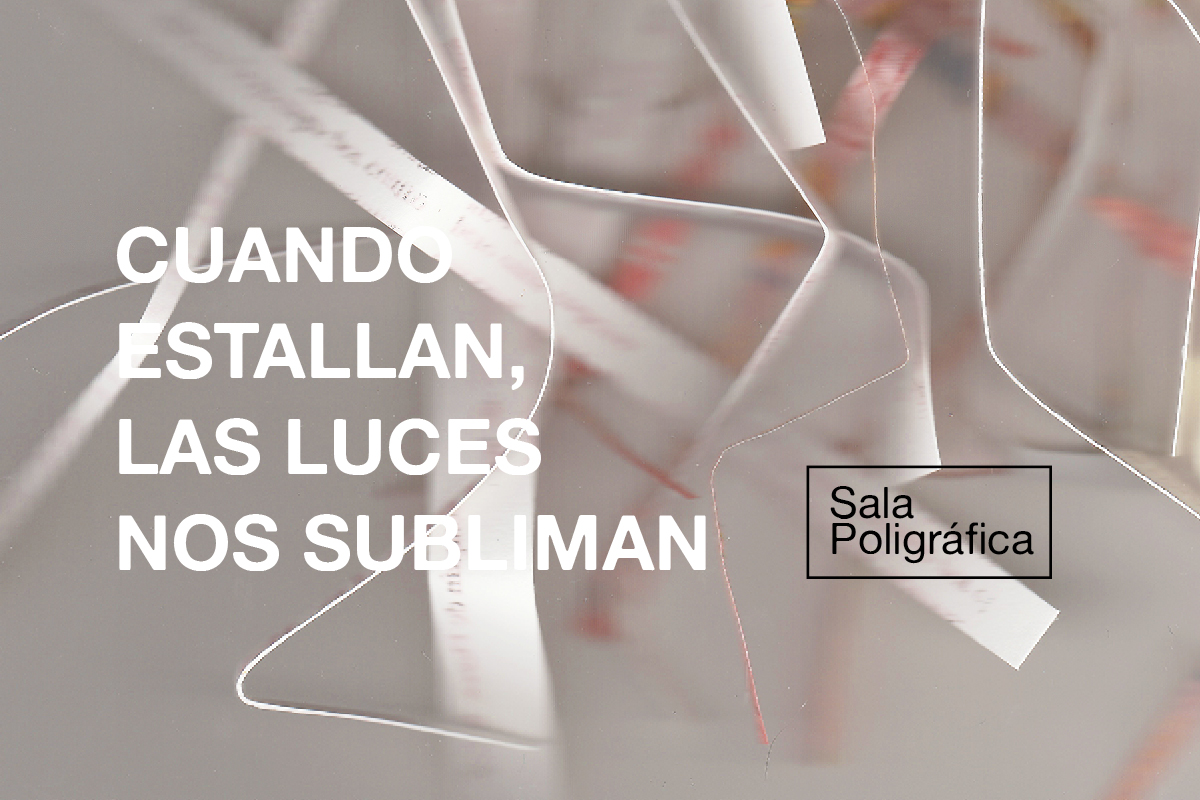 Polygraphic Room – When they explode, lights sublimate us

A part of Albertine Stahl’s recent work revolves around a visual reflection on the imaginary of tragedy: accidents, murders, landslides and all forms of apocalyptic representation, that day by day can be found in mass media. This cumulus of juxtaposed images make up what the artist denominates “a new incessant and dreadful landscape of human greatness and misery.”

In this new set of works, the artist explores the over-aestheticization of tragedy. The constant repetition of images of pain, violence and disaster not only register and make evident the havoc these catastrophes cause, but also a change in our relationship to these images, to the point in which we are barely moved by them. In a time of global wars and bloody images, which we can observe simultaneously through digital media, our ties to pain are through the morbidity that consumerism produces.

In a contradictory manner, tragedy has come to be understood through the heroic character; movies and videogames extall characters’ stoicism, whose mission is to sacrifice themselves (or be sacrificed) in a battle that in many cases does not accept middle points. In it, a geography of evil vs. good, innocent vs. guilty, is constructed, creating manichaean and dichotomic ways of understanding the world, the origin of its crises and the social effects of their consequences.

The works gathered here point to how this tragic image is also the opposite of the human condition’s failed attempts to reach some form of greatness, to mark its superiority in relation to all other living elements. We remove ourselves from a natural environment of which we complain and want to dominate, without realizing that that longed need for progress is also the announcement of a precipitous fall; Babel-like skyscrapers, huge flying devices, are all eventually destined to fall.

These works and drawings aim to explore the daily condition of these representations of disaster, their circulation and exploitation, their instrumentalization and consumption. What risks does tragedy incur in by becoming a repetition? Is this then an apology to disgrace? What happens when a portrayed tragedy becomes beautiful and constant? Are these images a rush of adrenaline as an alternative to the daily hassle? How do we represent devastation? Is it possible nowadays for an image to build new forms of empathy?

Albertine Stahl began her artistic formation at thirteen in the Centro Nacional de Artes, El Salvador. She later pursued a major in Fine Arts at the Universidad de El Salvador. She was part of the program for emerging artists by ESPira LA/ESPora in two consecutive occasions in Managua, Nicaragua. She was also part of the program of contemporary painting Visions of Art, located in Berlin, Germany. She is currently pursuing a major in Philosophy with an emphasis on Aesthetics at the Universidad de Costa Rica.

TEOR/éTica’s Poly-graphic Room is a space dedicated to printmaking and graphic projects that are exploring the experimental, conceptual and political possibilities of these techniques. A great part of Costa Rica’s artistic field has revolved around the formation in techniques related to printmaking. Printmakers such as Emilia Prieto (1902-1986) and Francisco Amighetti (1907-1998) are important references for the local art history. Taking into account this context, this room aims to give visibility to works by a new generation that are expanding the possibilities of these printmaking techniques and concepts, beyond a formalist exercise.