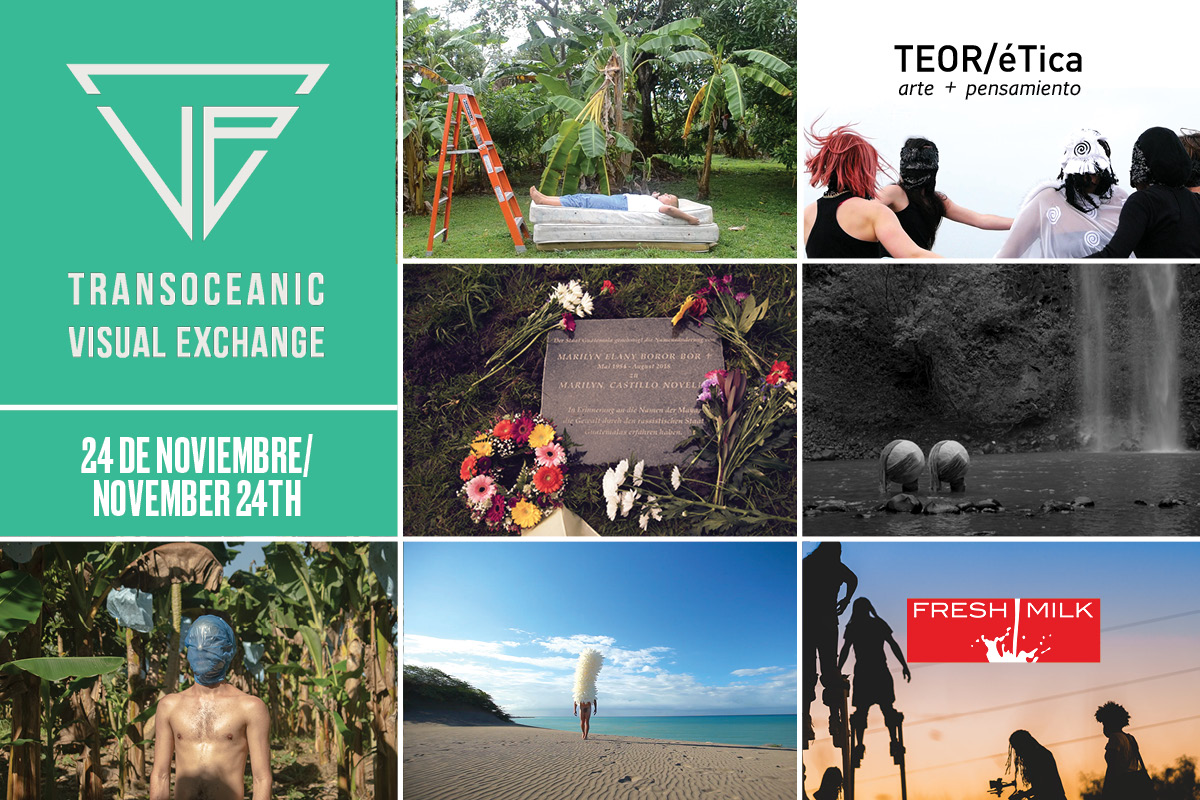 Transoceanic Visual Exchange (TVE) aims to decentralize curatorial authority in the process of the video selection by implementing a community of curatorial practice model. This curatorial framework, originally developed in 2015 for TVE 1, is derived from the concept of “communities of practice,” developed by Leave and Wenger in their 1991 book Situated Learning. The concept speaks to a social theory of learning through “a set of relations among persons, activity, and world, over time, and in relation with other tangential and overlapping communities of practice” (Leave and Wenger, 1991, p. 98). This model invites open discussions with contemporary practitioners regarding the current environment of film, experimental video and new media in the participating regions, allowing for curatorial concepts to arise out of the conversations, rather than the core project team imposing a particular curatorial framework for each iteration.

Before the irruption of the COVID-19 pandemic, the sessions of the curatorial practice communities had occurred on location in the host partner sites. TVE 4, however, took place whilst both the Central American and Caribbean regions continue to battle the pandemic, so roundtables were held online by the two core partners, TEOR/éTica and Fresh Milk.

TEOR/éTica invited Maya Juracán and Gustavo García (Guatemala), Karon Sabrina (Honduras), José David Herrera (El Salvador), María Félix Morales (Nicaragua), Donna Conlon and Jonathan Harker (Panama), and Daniel Soto Morúa and Fernando Chaves Espinach (Costa Rica). The group discussed the changes of recent decades in the production of video art and new media in the Central American region, as well as the trends and themes that are gaining prominence in each of the different contexts.

This conversation also covered other important topics, such as an assessment of what fosters or hinders audiovisual artistic production, what financial support is available, who gets to experience these works, and for whom are they produced for. In addition to this conversation, we shared an open survey to collect more information on contemporary audiovisual practices in Central America.

From the collected input of this survey, the conversations, and the #askTVE public survey, TEOR/éTica proposed a series of considerations for the selection of the works that make up this exhibition

After reviewing the 47 proposals received from Central America, TEOR/éTica identified recurring themes such as the relationship between identity and territory, care for the environment and sustainability as opposed to the exploitation of natural resources, and existence beyond survival, especially in relation to the effects of the COVID-19 pandemic that are still part of our current realities.

Although Central America is usually thought of as a fragmented region, we dare say that this small sample of its contemporary audiovisual artistic production shows our common ground: a colonial history that still haunts us, an interest in understanding our spaces/territories in relation to the vast natural wealth that surrounds us, and the languages, stories, times and rhythms that inhabit us.

From this roundtable and the #askTVE survey, the following curatorial themes arose:

The roundtable discussions, in particular, addressed several considerations of how film and new media navigates and represents the Caribbean experiences. For instance, how these mediums can be tools for rejecting Caribbean stereotypes and tropes, allowing for the telling of our own stories from a Caribbean lens rather than catering to external norms or expectations. This includes narratives that are not necessarily linear, and that blend the ethereal and spiritual with messages of protest or activism. This fed into the notion of how we can cultivate that Caribbean lens, of using new media as a form of resistance to Western technical approaches. Embracing hybrid content making, Caribbean techniques or styles developed in accordance to our access and culture, and indigenous ways of knowing and storytelling. How does the environment and being at the frontline of climate change affect the ability to develop technologies needed to disrupt film and media production in this way? And how then can these works be displayed and made accessible? Discussions were held about breaking the cube of the gallery, finding ways of showing work that makes sense within our context, and actual spatial dynamics against narratives. Also, in considering the role of social media / dichotomies of taste and target audiences, ways of creating accessibility to the wider public who may be less familiar with new media work were explored.

Despite the TVE4 roundtable being held online, which theoretically made it easier to connect from all parts of the region, we noticed that the participants were all from the English-speaking Caribbean. While there was input from multiple islands, we acknowledge that there may be contexts and nuances from other linguistic areas that were not discussed in the session. There was however feedback from the Spanish-speaking Caribbean through the public survey, as well as shared trends identified across the submissions that transcended language and geographical location.

With the ongoing pandemic and the Central American and Caribbean regions continually needing to navigate with resilience through climate, economic and citizenship challenges, TVE 4 provides a beacon of optimistic possibilities. These artists, divided geographically but interconnected by similar negotiations of space and identity, engage in conversation with each other in the digital realm of the TVE virtual exhibition, and the invitation to participate in these ever-morphing organisms of discussions is extended to all of those who visit our site.

For the fourth edition of TVE,we received 47 proposals from Central America: 5 from Guatemala, 2 from El Salvador, 2 from Honduras, 2 from Nicaragua, 30 from Costa Rica and 6 from Panama; and 30 proposals from the Caribbean: 7 from the Dominican Republic, 6 from Puerto Rico, 4 from Barbados, 2 from Trinidad & Tobago, 2 from Haiti, 2 from Martinique, 2 from Cuba, 1 from Guadeloupe, 1 from Jamaica, 1 from St. Vincent and the Grenadines, 1 from Aruba, and 1 from Curaçao.