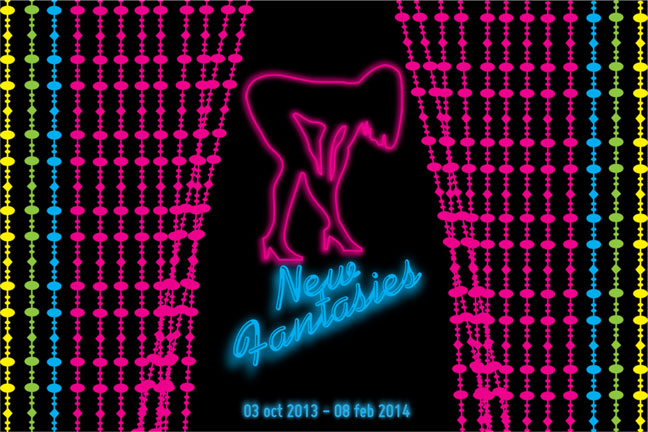 We were taught to follow instructions and given models, protocols and treaties on how we should be, how we should act. Control is like a virus that invades the body and instills in us that each body belongs to one of two genders – female or male – and that each gender has its own rules and features. To challenge these rules brings about problems. The roles are set and they allow only certain ways of acting and performing; while others are criminalized.

To follow these roles, and at the same time exercise personal freedom, is a fantasy. For example, seduction is allowed and even demanded to the female gender, but only in the right measure. When seduction is exaggerated or used freely it is also criminalized. Those who challenge this limit are called bitches, they are called whores. To be free by defying the imposed gender is the fulfillment of a fantasy. To appeal to oneself, following or not following the implied gender rules, is to be truly free. To be what one wants to be is the biggest exercise of empowerment.

Forms of appeal and empowerment: “one is more authentic when one is what one always wanted to be”

The mechanisms of appeal and processes of performative seduction (body language, intonation, etc.) are personal tools we naturally use to achieve the acceptance of others, to appeal to others. The performativity of seduction imposed on women – partly established and disseminated at large by female characters in film and television – is based on “qualities” and submissions attributed and solicited to women, such as not being very loud, laughing at men’s jokes, being passive and taking special care of their physical appearance.

However, seduction, according to the imposed cannon, also allows women the opportunity to develop freely and become empowered. Despite having been accused often of witchcraft and highly criticized, courtesans, luxury whores, the most desirable women in the 16th and 17th centuries both in Europe and the colonies, had access to circles of power. Many of them had a good level of education and achieved intellectual work that was not permitted to other women. In addition, they obtained great wealth, all due to exercising the role of femininity and seduction with great skill.

Female allegories: the penetration of the territory and foreign debt
Throughout the history of Western art, female allegories have been used to depict territories, empires, states and nations or to symbolize concepts of freedom, justice and victory. These allegories are female bodies that supposedly make women visible in the public arena, but paradoxically glorify them in their anonymity, quite contrary to the images and statues of male heroes and founding fathers with their proper names. Some of these allegories represent colonized territories where the female body appears submissive and available for its conquest and exploitation. In other words, the territory is turned into a whore.

Before the Cuban Revolution, Havana was the playground of the United States. Tourists visited the island to gamble in its casinos and to fornicate with local mulatas. With the turn of the century, Costa Rica has become the new destination. Foreign tourists come in search of beaches and whores. Foreign governments come in search of a docile country that is for sale as a whore. One could say that the foreign debt of former colonized countries operates in the same way as the debt with which the sex trade victims enter a brothel, a debt based on all the expenses incurred in their travel, a debt that gradually reveals itself as being unpayble.